Negotiations are complicated. No matter what your industry or position may be, you will likely encounter negotiations at some point. It is important for your career and for your company that you understand the minutiae of negotiation so that you can properly execute the negotiation process when the opportunity arises.

Listening and understanding the other party’s perspective is a large part of negotiating. In doing so, you can better determine which tactics will be effective, as well as build a conversation around mutual respect and understanding. When you know and respect the other party’s boundaries and necessities, you can avoid negotiations that violate any of their negotiation boundaries. This results in a more effective and streamlined process.

One key part of understanding other parties is knowing their resistance point. If you have never explored the resistance point in negotiations or are unfamiliar with the details, it is important that you learn to do so before your next negotiation. 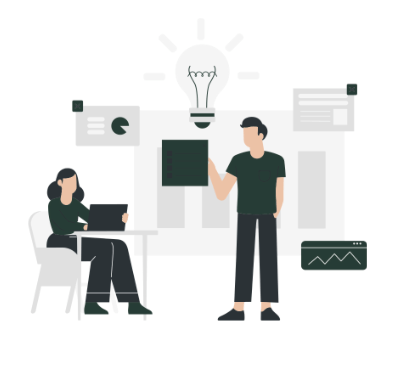 What Is a Resistance Point?

A resistance point in the negotiation is the minimum terms that a party can accept. For example, if you are looking to buy a car and the seller will not sell it for less than $15,000, then $15,000 is their resistance point. A good negotiator knows not to attempt to change or violate the resistance point.

The resistance point is a key piece of information needed for the ZOPA, or zone of possible agreement. This is the space where both or all parties may come to a satisfying agreement together. For example, if you are trying to purchase a car and wish to spend no more than $20,000 and the seller will not sell the car for less than $15,000, the ZOPA in your negotiations is between $15,000 and $20,000. Your individual ZOPA is $0-$20,000, and the ZOPA for the seller is $15,000 and higher.

Think of the resistance point as the lower end of a ZOPA or the area where you leave the range of possible outcomes and begin to violate the other party’s needs.

It is important to understand the difference between the resistance point and the bottom line. The resistance point is the lower end of a range of possible outcomes. This represents the lower end of the desired range. Though it is the lower end, it is still within the range of preferred or acceptable outcomes. The bottom line, on the other hand, implies that there is some sacrifice or undesirable compromise that has occurred. When you hit someone’s bottom line, the negotiations will stop, and you will be unable to move forward. When you hit someone’s resistance point, the negotiations may slow but can accelerate again once you pivot back into the ZOPA.

Why Is a Resistance Point Important?

Understanding other parties’ resistance points is key to successful negotiations for many reasons. Primarily, the resistance point gives you a better idea of where your negotiation can live. If you don’t know a party’s resistance point, you are just blindly negotiating, and the terms may not even be realistic for the given situation. Resistance points calibrate your perspective and ensure that you are working in the right area rather than wasting your time.

Of course, it is important to respect other parties’ boundaries in the negotiating room. However, this does not mean that you need to avoid all situations in which the other party has an opinion or priority that does not match your own. If this were the case, negotiations would not exist.

“Silo mentality” is a term for rigid and inflexible thinking that often occurs within a company that does not wish to change or evolve. If you are entering into negotiations with a company or team that has a silo mentality, it may seem impossible to achieve any common ground when the other party refuses to make compromises or entertain other perspectives.

Before you quit these relationships, you should understand that negotiation is possible in these scenarios. Though it may be difficult, there are ways to negotiate and achieve what you want while respecting the other company’s boundaries.

The first thing you need to do in these scenarios is developing tools and methods with which you can collaborate and communicate with stubborn parties. Their resistance to traditional methods may be rooted in past experiences or misunderstandings, so consider alternative ways to collaborate and brainstorm solutions. Creative thinking requires a creative atmosphere, so work with them to develop some new methods of collaboration that everyone feels comfortable with.

Once you have the tools for collaboration, focus on the parts of the negotiation that you agree upon. This builds a rapport without creating disagreements or arguments. It also allows you to use your collaboration tools in a setting with low stakes.

For example, let’s say that you agreed to use breakout groups to brainstorm ideas for a business-to-business relationship. Though you may not agree on the profit-sharing model that you would share, take the time to negotiate other aspects of the relationship on which you have more similar opinions. This is a bit of an “easy win” and lets you try your new collaboration tactic in a low-stakes negotiation setting.

Approach the Point of Resistance

Once you have an established pattern of respect and collaboration, you can approach the resistance point in the negotiation from a healthier perspective. When you do this, acknowledge the company’s perspective and ask for clarification. Listen closely to what they say and their reasoning for their particular boundary. You will learn a lot if you truly listen, and you may be able to develop a ZOPA that you didn’t previously realize was possible.

Acknowledging and respecting boundaries is the best way to get other parties to consider your perspective. If you try to argue with them, you will likely be met with resistance, and your negotiations will fail.

Resistance points or boundaries may appear in the form of frequent objections or complaints during negotiations. Though this can be difficult to hear, there are ways to handle these objections that do not shut down the negotiations. In fact, you can make other parties feel heard and respected while furthering the negotiation process.

If you meet resistance in negotiations, try one or more of the following.

Though it can be difficult to meet negativity and objection with positivity, it is important that you do so. Express gratitude to the other party for bringing up an issue or identifying a difficult spot in the negotiations. Because they brought up their concerns about a subject, you can more easily address their concerns and move forward. There truly is a reason to be grateful for their objections.

It is important to remember that an objection or complaint is not a “no,” which means negotiation is still possible. Do not see this as a roadblock but rather as an alternative route to the same end goal.

Emotions are a driving force in negotiations. If other parties are expressing a negative emotion or issue, one of the best things you can do is empathize with them. This makes them feel heard and seen, which fosters a respectful relationship between you. It also puts you in a position to make alternative suggestions for a solution.

You could say, “I hear that [specific issue] is important to you; I wasn’t aware of that, so I appreciate you telling me. I can relate to the feeling from [personal experience]. What if we [offer alternatives]?” To express empathy, you should reiterate what they said, add a brief summary of your similar experience, then move back to talking about the case at hand and how their feelings may affect the outcome.

Asking questions shows the other party that you are interested in what they are talking about and that you are invested in finding a solution that works for them as well as for you. Many people see negotiations as an “us vs. them” concept when in reality, they are more about collaboration than competition. Asking questions shows that you want to work together and you want to understand.

Questions can also help you to get to the true root of the issue. Though the party may state that a certain issue is a pain point for them, questions may lead you to discover what is behind this stance and give you ideas about how to move forward.

In many situations, individuals are unable to see beyond certain criteria. Perhaps the other party is focused on the up-front investment of a certain venture or the immediate effect on their budget. These may be valid concerns, but there may not be a way for you to accommodate their concerns. Rather, you can reframe the value of your proposed idea to help them see the benefits. Try to bring their attention to long-term profits or benefits, social implications, or potential for future projects. Though they may be stuck on their specific criteria, a new idea may be enough to help them to see the value of the relationship.

Though you want to give the negotiation every possible effort, it is important to understand that some negotiations do not end in an agreement or deal. If the other party is being negative or rigid and is not responding to any of your efforts, it may simply be time to walk away. Resistance points do not always allow negotiations to occur, and it is in your best interest to acknowledge when there is no way to move forward with the given situation.

In some cases, the best deals are the ones that do not happen. If your ZOPA and another party’s ZOPA do not coincide, you may be better off walking away from the potential deal. Though this depends on the unique circumstances of your situation, all good negotiators must know when they can no longer come to meaningful negotiations in a given situation.