Contracts are the lifeblood of the business world when it comes to agreements between different business entities. These documents outline stakeholders’ rights, responsibilities, and expectations for business deals. The development of these contracts begins at a negotiating table, where the parties involved begin the process of negotiating a contract and developing its various elements into a mutually beneficial business agreement.

Negotiating a contract is as much a science as it is an art. Being successful in contract negotiations not only requires a keen understanding of the elements of the business agreement to be decided upon but also the ability to read the interests of other parties involved and to find leverage wherever it may be. It’s also necessary to understand where communication breakdowns are most likely to occur when negotiating a contract and to identify and defuse these issues before they cause breakdowns in communication. 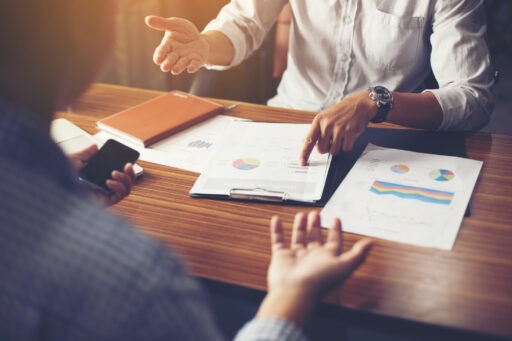 A golden rule of negotiation in the business world is to play one’s cards close to the chest. This typically enables a negotiator to walk away from the table with as much as possible while giving up as little as possible. Ideally, you want the best deal possible for your organization, but it’s important to remember that that is exactly the goal of the other party as well. Preparing for your negotiations as best as you can empowers your position and ultimately helps you achieve the negotiating high ground, but where you go from there is up to you.

Understand the Power of Compromise

It’s human nature to desire victory. In the business world, too many people believe that “winning” is the most important thing when it comes to negotiating a contract. If you want to handle employment contracts, procurement contracts, business-to-consumer contracts, and business-to-business contracts more successfully for your organization’s benefit, it is just as important to know when to concede ground in a negotiation as it is to know when to hold your ground.

It’s not uncommon for a party involved in negotiations to hold to a position as firmly as possible, refusing to give ground out of the belief that doing so loses power in the discussion. These parties tend to fail to identify interests and instead focus on positions. While it’s important to have a “walkaway point,” or a point in discussions in which you cannot feasibly continue, it’s possible to avoid reaching climaxes like this if you know how to listen intently to the other side.

As your negotiations proceed, negotiating a contract becomes easier if you know how to really listen to the other party instead of just waiting for your turn to speak. Pay close attention to body language, word choice, and the overall tone of the conversation and you will begin gleaning valuable insights into the other parties’ interests. This is valuable information. Once you identify the other party’s interests and ultimate goals, you can begin maneuvering toward a compromise and start controlling the contract negotiation.

While it may seem contrary to human nature to shut up and listen, allowing the other side to speak as much as possible only strengthens your position. Whether they realize it or not, the other side of your negotiation is providing you with valuable information with everything they say. Know when to keep quiet during your negotiations and pay close attention to the nonverbal cues that might inform you as to the other party’s true interests in the negotiation. Even the most seemingly hardball negotiators could be willing to give up ground under the right circumstances, you just have to let them show you which buttons to push to get to that point in your negotiation.

Look for Opportunities to Play the Long Game

Regardless of whether you’re negotiating a business-to-customer or business-to-business contract, it’s important to think of the big picture and aim for long-term success instead of short-term victories. One of the most potent methods of negotiating a contract is to look for opportunities to cultivate long-term professional relationships. This is where the value of compromise and the “win-win” scenario comes into play. When you seek to appeal to both your own and the other party’s interests, you are inherently cultivating a relationship. If the other party walks away from the table feeling as though they’ve been bullied or unfairly pressured into a one-sided contract, it is unlikely they will be agreeable to future business dealings or negotiations could break down entirely before a contract is even formed.

When you “play the long game,” you are inherently laying the foundation for strong long-term relationships with other parties. Whether they’re customers or other businesses, the approach you take in your first negotiations with them sets the tone for all future discussions. When you aim for making this a positive experience, you create a more positive, cohesive, and mutually beneficial relationship with the other side. Look for the chance to turn negotiating a contract into the foundation of a strong long-term business relationship or partnership by aiming for mutual benefit instead of flat-out victory.

In any negotiation, you need to know when it’s time to walk away. Another powerful tool to use when negotiating a contract is to prevent the other side from boxing you into a disadvantageous agreement, and you should avoid attempting the same with them. You should walk into every contract with a BATNA, or a best alternative to a negotiated agreement. Just like the old adage, “don’t put all of your eggs in one basket,” you should not approach negotiating a contract with an unmovable set of demands that you feel as though you cannot adjust. If a deal falls through or you cannot reach an acceptable result, do your best to align your interests with that of the other party and leave the door open to future discussions.

Negotiating a contract can be tense and difficult sometimes but developing the right strategies can empower you and your team for long-term success. Ultimately, it’s vital to let go of any notions that you must achieve “victory” for your party at all costs. Instead, look for opportunities to create long-term professional relationships that enable all parties’ success.