On its own, conflict is a relatively easy term to define—usually as a disagreement or argument based on a perceived difference, incompatibility, or violation of a shared agreement. Although not all individuals will define the word using this precise terminology, the concept of conflict is generally widely accepted. However, other factors associated with conflict are much less easily understood by many. 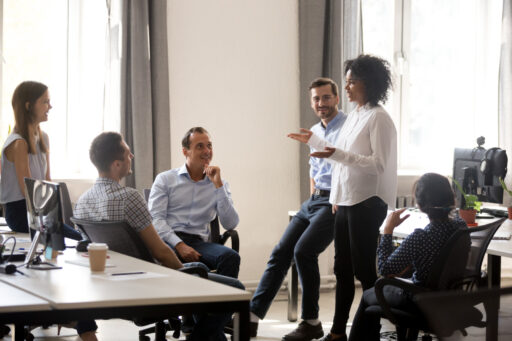 For example, consider the perception of conflict as it relates to business or interpersonal relationships. Most people consider conflict as inherently negative—a force that can disrupt a working environment, prevent individuals from reaching successful outcomes and even negatively affect or destroy relationships. However, these descriptions are only true of dysfunctional conflict.

Functional conflict, by contrast, challenges the individuals who experience it. In fact, studies have shown that constructive conflict in healthy relationships is beneficial—a finding that seems to translate to the workplace. Experiencing conflict can influence people to strive harder for success, work more diligently and efficiently, and improve their individual task performance. By engaging in effective conflict resolution and negotiation, all involved can recognize differences and shared circumstances, develop better communication skills, and learn to work congruously to create an ideal solution to the conflict at hand.

What Is Conflict Resolution?

Anyone with a general idea regarding what conflict truly is could likely develop a basic understanding that conflict resolution endeavors to resolve the source of the conflict. However, this overly simplified view neglects to consider how conflict resolution takes place. Worse, this view often relies on the previously mentioned assumption that conflict is bad and places undue emphasis on avoiding conflict as a primary means of resolution.

How Does Negotiation Relate to Conflict Resolution?

On its face, negotiation—a discussion chosen to resolve differences or disputes or reach an agreement between two or more parties—appears very similar to the broader concept of conflict resolution. However, the two concepts exist separately, and one may affect the other at any given time and during any given dispute. For example, parties may experience conflict during the negotiation process and seek conflict resolution so negotiations can continue.

Similarly, two or more parties experiencing a conflict may find that the primary conflict is a dispute that might best reach a resolution via negotiations. For example, individuals entering into conflict resolution due to workplace incompatibilities may ultimately uncover that the source of conflict is a difference of opinions regarding a timeline or budgetary concern. The individuals could then enter into negotiations to agree upon a finalized budget for the project.

Potential Sources of Conflict During Negotiation

In particular, it is relatively common to experience conflict in the midst of negotiating an agreement. This is unsurprising, as two parties entering into the process often arrive with differing goals, differing outlooks, and other differences that can ultimately prove a source of conflict. Other times, situations may occur during the negotiation process that effectively stall even the most well-meant conflict resolution and negotiation strategies.

According to SHRM, the most common sources of conflict during negotiation include:

How to Employ Conflict Resolution During Negotiation

While conflict can certainly stall negotiations, the end agreement remains in reach with the implementation of the above conflict resolution and negotiation strategies. Approaching negotiations and conflict resolution as part of a process instead of a one-time event allows both to work in tandem, enabling navigation of conflicts as they arise. Through continuous communication, active listening, and the development of a deep understanding of mutual needs, all parties involved can work together towards an integrative solution.