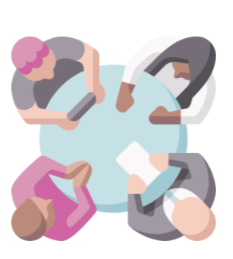 Negotiating is the lifeblood of the business world. Through this process, we are able to resolve conflict with others directly and create solutions that are collaborative and forward-thinking. There are many opportunities for growth and innovation during the negotiation process, but there are also opportunities for unethical behavior to make its way into the room. This can ruin the negotiations and sour your relationship with the other person, company, or group.

Ethical negotiations are essential to creating honest and lasting agreements. Though many people feel that ethics in negotiation are complicated or subjective, in reality, there are some basic and universal standards that help your argument. When you use ethical behavior, you can strengthen your argument and create more beneficial agreements without any unsavory tactics.

It can be difficult, especially if you work in the legal sector, to distinguish between what is legal and what is ethical. However, it is essential that you do so if you wish to engage in ethical negotiations. Some negotiation tactics or goals are perfectly legal but not ethical.

For example, let’s say that you are negotiating the sale of your client’s business. The buyer offered $2 million for the company, but you think that business is worth more. To determine the reality, you run an audit to see the exact value of the business, and the results show that it is worth $1.9 million dollars. Legally, you could keep this information from your client and take their $2 million dollar offer. However, ethically, you should disclose the appraisal price so that all parties have the relevant information. Consider if the audit confirmed your belief that the company was worth more than $2 million. You surely would have revealed the audit to the buying party then, so it is ethical that you do so now. Though this may mean less money for your client, it is your ethical responsibility to disclose the appraisal price, as you chose to run the audit.

It is impossible for the standards of the law to be ethical in all situations, as ethics is subjective and depends on the given situation. If you wish to run ethical negotiations, you need to remember to separate your legal obligations from your ethical ones. The two categories are not necessarily the same.

Ethics is a complicated subject that has confounded even the most brilliant minds throughout history. Fortunately, as they relate to negotiations, ethics are measurable through some basic tests. By understanding these tests, you get an idea of what is considered ethical behavior and what is not. Though you may not be able to get into a debate on the subject, these tests can help to guide you in your negotiations and ensure that you are behaving ethically in this capacity.

When you are considering a tactic in your negotiations, contemplate how you might feel if your argument was published in a newspaper or public forum. When you look at your behavior in relation to public perception, it often gives you an indication of whether you are behaving in a socially-acceptable manner. Though societal norms are not always a gauge of what is right and what is wrong, they can be extremely helpful in the world of negotiation.

Think about whether you would be proud for others to see you as a role model, given your tactics and arguments. If you believe that you would set a good example as a role model, your behavior is likely on the right track. If you would feel ashamed to have others look up to you given your actions, you may want to reconsider your method.

Though it may sound cliche, think about how you might feel if your opposition used the tactics you are considering on you. If you would feel taken advantage of, frustrated, or otherwise upset, it is a reliable indication that the tactics are questionable. Though ethics do not necessarily operate on feelings, emotions offer a good indication of whether a situation is predatory or whether it is fair.

If you still feel stuck, present the situation to a third party without relaying which side you are on. Their response can help you to calibrate the situation based on unbiased judgment. It is important to remember that negotiators get extremely close to their arguments and can lose sight of reality. Having a third party judge the situation can be very grounding and help you to see the negotiations clearly once again.

If you understand the above information, you are ready to engage in ethical negotiations. When you are in the heat of an argument, it is easy to lose sight of your ethical compass. To stay the course, follow these steps throughout your negotiations.

In almost every negotiation, there are boundaries that each side will not cross, regardless of the circumstances. These are non-negotiables. To be an effective and ethical negotiator, you must know and respect the other party’s boundaries for the negotiation process. If they take something off the table, do not attempt to put it on the table again. Instead, work with the parameters you have to achieve the result that you want.

If you do attempt to argue non-negotiables, you will likely make the entire situation more difficult for yourself. Most people do not take kindly to crossed boundaries, and the other party may even shut down the entire negotiation process. To do your ethical part, discuss non-negotiables at the beginning of the process and take extra care to avoid these areas in your negotiation process.

Beginning the negotiation process with multiple options can only benefit all involved. Not only does this put you in the mindset of compromise and collaboration, but it also prepares you for the event that the other party presents an option that you feel is unethical. When you have multiple options prepared, you can easily counter with your own ethical version of an unethical offer.

Options are imperative for effective negotiations. If you enter into negotiations with the belief that the process can only result in one outcome, you are not in the mindset for effective discussions or collaboration. Having multiple options means that you are open to changes and alterations based on the other party’s needs. Conversely, if the other part does not have any flexibility or refuses to compromise, it may be time to walk away.

In some situations, honesty may not be in your best interest. However, when you are honest, even when it doesn’t serve you, you automatically gain points with the other party. Honesty begets respect, which is crucial for effective negotiating.

For example, let’s say that you have a client that you have not billed for a recent service. If they contact you to inform you of this error, you are likely to respect their honesty and will likely trust them more in the future. Setting a standard of honesty in negotiations, even when it doesn’t serve your ultimate purpose, is ultimately in your best interest.

Many negotiators try to shy away from saying no to avoid seeming confrontational or offending the other party. However, it is important that you can say no when the situation warrants it. If you see something unethical, you need to be able to reject the idea without feeling guilty or losing confidence.

The key to saying no is the ability to offer a contingency or pivot the argument. Simply saying “no” will likely shut down your argument. Saying, “no, but…” and offering an alternative keeps the conversation going without sacrificing your ethics in negotiation or purpose.

5. Practice the Golden and Platinum Rules

Many people understand the rule “treat others the way you want to be treated.” This is surely helpful in negotiations, especially when assessing whether an argument is ethical. However, the platinum rule also applies. In this scenario, you “treat others the way they want to be treated.” Extending respect based on the other party’s customs and practices shows that you are making an effort to connect. This facilitates a more ethical and respectful conversation.

It is your responsibility to know and understand the laws surrounding your negotiations. Not understanding the law is not a valid excuse for poor or unethical behavior. As mentioned, the law is not necessarily the entire ethical picture, but it does help to guide you and is important to understand.

It is important to keep any promises or concessions that you put forward during your negotiations. Though it is easy to say certain things in the heat of negotiations, it is equally important that you follow through with these promises. This shows reliability and is ultimately the ethical thing to do. If you don’t want to follow through with a promise, don’t make it in the first place.

Of course, this does not apply if the promise was contingent on a situation or criteria that didn’t occur.

Part of being honest in your negotiations is mitigating potential surprises that may arise, both negative and positive ones. If your company has hidden information that would affect a deal, the other party deserves to know. Honesty is key, and surprises have no place in ethical negotiations.

A good rule of thumb is to assume that all information will come out eventually. Be sure to tell the other party key information before they discover it elsewhere.

Though negotiations may seem technical and logical, you need to trust your feelings surrounding the situation. If something feels off or doesn’t sit well with you, explore the feeling and follow through. In most instances, a bad feeling is borne of an unethical situation. Trust your gut during negotiations.

Ultimately, it is okay to walk away from a prospective deal if it isn’t working out. Sometimes, business relationships or contracts are simply not in the cards, and it is okay to end negotiations if you believe that you have done everything in your power to negotiate ethically or if your gut says that the situation cannot be resolved. Some of the best deals are those that never come to fruition. It is entirely possible that walking away from a deal could save you and your company from a negative relationship or unethical business partner.

Negotiations are important for businesses in every industry and every phase of development. If you struggle with negotiations or wish to take your negotiating tactics to the next level, our team is here to teach you how to become a master. We have classes for all levels and industries. For more information about our team or how we can help you, please contact Shapiro Negotiations Institute online today.